The history of WordPress: What’s next for millions of web publishers?

What is the history of WordPress? WordPress can lay more claim than any other entity for shaping the internet as we know it today. Every day, over 500 sites are created using WordPress. Compare that to the 60-80 that SquareSpace can boast, and you have an idea of WordPress’s penetration. It is ubiquitous. 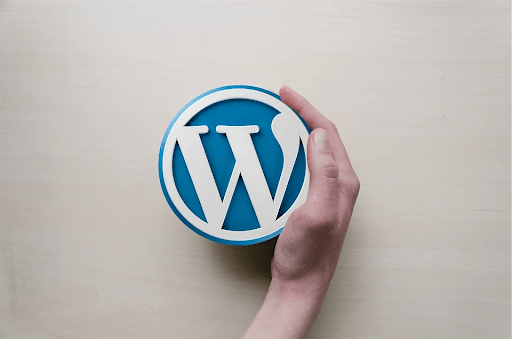 Why is this? Well, it’s effective, easy to use and largely free (although users do of course have to pay for a domain name, hosting and any premium plugins or themes). The average internet user may want to start blog posts or create a simple website, but have little in the way of tech savvy and even less disposable funds. Step forward, WordPress.

Itt wasn’t necessarily an easy ride to the top. The history of WordPress is a story of remarkable ascendancy. It is an interesting tale of rapid improvements and refusing to sit on its laurels and success.

The history of WordPress starts when the blogging tool b2/cafelog was parked by its developers, who had elected not to take it any further. Two programmers who had been working on the project decided to start something themselves by building a platform on top of b2/cafelog.

These two individuals, Matt Mullenweg and Mike Little, managed to get the first instance of their product (version 0.7) released in May 2003. Upon its official launch, users responded favorably to the admin interface, user interface, text filter and templates (which were XHTML 1.1 compliant) 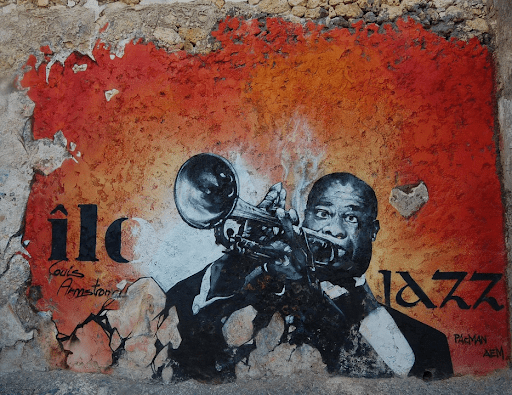 Version 1.0 followed, which was known as the Davis Version (named after the American musician Miles Dewey Davis III). As Matt Mullenweg is a jazz enthusiast, every version comes with a plugin called “Hello Dolly,” (in reference to Louis Armstrong) automatically installed. The Davis release included multiple post categories and an easy installation process.

WordPress 1.2 (Mingus – named after Charlie Mingus) was released in May 2004. This release incorporated plugin architecture, a key and defining part of WordPress. This meant that users could create their own plugins and share them with other users.

At the same time of WordPress’ latest developments, the dominant force in blogging software (Moveable Type) was declaring a tightening up in its licensing arrangements and a pricing restructure, which left many bloggers aggrieved and looking for an alternative content management system. The result was a massive popularity boost for WordPress.

One of the positives of this mass adoption was a consequent stream of improvements that were generated and applied due to the open nature of the program and its plugin approach. The product thus improved at a rate that was truly impressive.

2005 saw the introduction of version 1.5 (Strayhorn – after pianist Billy Strayhorn), which incorporated Pages and seriously upgraded the themes facility, which allowed for a different theme for each weblog category.

This was followed in the same year by version 2.0 (Duke – after Duke Ellington), which introduced a radically redesigned admin dashboard. This dashboard didn’t just look different, it gave much better usability and allowed bloggers to avail themselves of the facility to add categories or tags without having to leave the post editor. 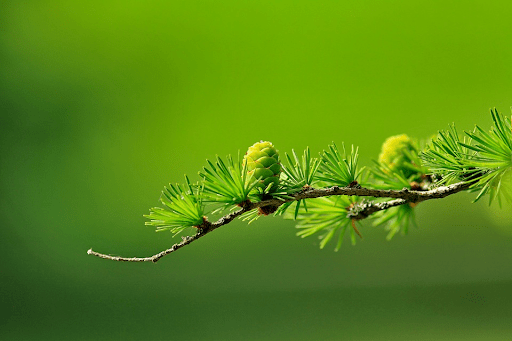 In 2006, the WordPress name and logo were trademarked by Automattic. Following another UI redesign (involving web designers Happy Cog), the ownership of WordPress was transferred to the WordPress Foundation in 2010. This protected WordPress from the whims of any particular company and meant that growth could continue unabated.

Version 3.0 (Thelonious – after Thelonious Monk) was released in summer 2010. This featured customization for post types, backgrounds, headers and menus, as well as admin screens with contextual help. With the addition of the Twenty Ten theme, the concept of a ‘default theme’ for each year was introduced.

In 2011, E-commerce developments really started to take off as there was a good deal of e-commerce platforms being built using WordPress. This resulted in a rapid growth in online stores being created using WordPress and moved WordPress away from it’s traditional ‘blog’ website image.

Image galleries were then given a boost in 2012 by the introduction of a custom theme enabler and new media manager.

The benefits of automation were delivered by Version 3.7 (Basie – after Count Basie) in 2013, which gave its users an automatic updates feature for new software releases. This wasn’t welcomed universally as it was felt it took away control from users, so tutorials were released on how to disable this feature. Another of 3.7’s extra features was support for installing files in the correct language and keeping them up to date.

2013 also saw a big step in the history of WordPress when it became the most widely used CMS in the world. This position has subsequently been consolidated, with WordPress holding over 65% of CMS’s market share in 2022. 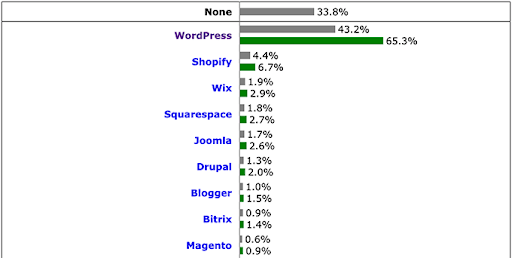 From MySpace to Atari, the enemy of continued success is complacency. This is not something that you could accuse the WordPress Foundation of, as in 2013 they introduced another improved UI (called MP6). In version 3.8 (Parker – after Charlie Parker), the platform was designed to work with any screen size. WordPress began to take notice and address the growing use and popularity of smartphone usage – particularly in the online shopping sector.

Version 3.9 (Smith – after US jazz pianist Jimmy Smith) followed in April 2014. This gave users the ability to edit and preview images inside the post editor, which greatly enhanced convenience. Other improvements included audio and video playlists and widget previews.

There was a significant milestone in 2014: this was the first year in which non-English WordPress downloads outnumbered English downloads. The impact of WordPress had now become truly global.

The various incarnations of version 4 that emerged in 2015 produced greater refinements, as well as seeing the first infrastructure being put in place for REST API (an application programming interface using a particular software architectural style).

In 2015, the leading e-commerce plugin (WooCommerce) was acquired by the makers of WordPress, Automattic. WordPress was now becoming a major commercial player and could work in close compatibility with the world’s best business apps.

Version 4 continued to be improved during 2016 and 2017, with developments such as plugin and theme previews and updates, content recovery and customization and included the beginnings of the WordPress block editor.

2018 witnessed the debut of version 5.0, with a major innovation in the shape of the completion of the block editor, which was now named Gutenberg.

Another big step forward came in 2019 when the ‘Site Health’ facility was launched in version 5.1 (Betty – vocalist Betty Carter). This gave users the ability to see for themselves how secure and up-to-date their software was. Those who struggled previously to define zero-party data were now becoming au fait with such concepts.

Three more releases followed in 2020, with 5.4, 5.5, and 5.6 (respectively, Adderley, Eckstine, and Simone), including the launch of the ‘Full Site Editing’ feature, which was improved further in 5.7 (Esperanza) and 5.8 (Tatum). The key benefit of this feature was the ability it conferred on users to create site-wide templates and to complete post revisions with ease.

What’s next for WordPress? 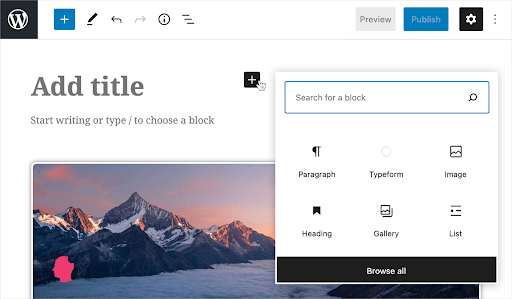 WordPress co-founder Matt Mullenweg says that the future of WordPress will continue to focus on Gutenberg and will be about the four main priorities that its developers have held since the beginning. These four are easier editing, customization, collaboration and multilingual support.

Mullenweg also thinks that more and more people will use WordPress with self-hosted sites. New possibilities regarding hosting and domains are always coming up. For instance, users can now acquire a free io domain should they wish.

Up until recently, relatively few large-scale organizations used WordPress as their content management system. This is changing though due to security updates combined with the other security features that have been introduced and the extensive range of features that are being constantly added.

WordPress is continuing to work on full site editing service techniques with Version 5.9, in 2022, promising to deliver an improved editing experience provided by the block editor.

It is also a reasonably safe bet that the jazz greats will continue to be honoured!

What this history lesson teaches us is the importance of small to major continuous improvements. Through active development, WordPress has become the go-to option for a wide range of content types. As a result, WordPress has been hugely responsible for the massive rise in blogging and online stores worldwide.

Its role in putting e-commerce in the hands of businesses around the globe has resulted in significant growth and wealth creation. Many, many jobs are now reliant on the brainchild of Mullenweg and Little. The history of WordPress is one of empowering bloggers and supporting business growth.

Grace is responsible for leading branded and editorial content strategies, partnering with SEO and Ops teams to build and nurture content. She has written for VMBlog and Brightpearl. Here is her LinkedIn.

The post The history of WordPress: What’s next for millions of web publishers? appeared first on UpdraftPlus. UpdraftPlus – Backup, restore and migration plugin for WordPress.